I should probably start out by saying I don't want to forget this blog!  The kids have been such a joy this past year, I've really soaked up every minute (even the moments that have NOT been joyful).  But overall I do think that 2012 has been the best year of my life.

I don't want to forget how excited Lillian gets when she finds out she's going to ride the bus to school in the morning.  Or how she yelled "WOAH!" louder than I've ever heard her the first time she rode her therapy horse, Cody.  I don't want to forget how she runs towards the door if I tell her it's time to ride Cody, or see Grandma, or anything she's excited about.  I never pictured her running until it actually happened! 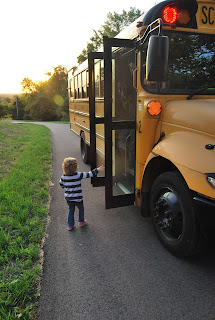 I don't want to forget how Eric lays his head on my shoulder when I carry him up to his bedroom just before naps and bedtime.  I try to soak up that time with his head nestled next to mine, giving his tired body an extra tight hug before laying him down.  I don't want to forget how he says "uh oh" any time we ask him "Where did ____ go?"  Or how he likes to pretend to sweep the floors with the broom that is twice his size.

There are so many little expressions and excitements I don't want to forget.  This has been such an enjoyable time with Lillian starting preschool and Eric becoming a toddler!  Their personalities are really blossoming.  And it's so nice to finally live our lives rather than spend each day waiting for therapists and sitting in doctor offices, although we still deal with the occasional orthopedist appointment for her scoliosis.

I hear a boy waking up from his nap and see a sister trying to empty the much loved ballerina bandaids from their box.