We're all still sleep deprived and I'm officially a new believer in Colic.  It's no joke.  But I figure this post needs to get written before details are forgotten.

If you're anything like me, you want the facts fast.  Sometimes I just want to know what happened, cut to the chase, don't give me the long winded version.

So here are the Cliff Notes:

Thank God for a great nurse who didn't lose her cool when she realized she was alone and about to deliver a baby by herself, and a quick on call mid-wife.  The mid-wife literally introduced herself, I nodded my head, grimaced and said "OK" while bracing for the contraction-straight-from-hell, and then his head popped out.  Woah nelly.

If my husband had parked the car in the parking garage instead of leaving it in front of the hospital doors and grabbing the wheelchair conveniently left next to the door, I would have had the baby in the hallway :-/.  Thank goodness he listened.

And here's a picture of my 1 month old little colic monster.  Don't let the smile fool you.... 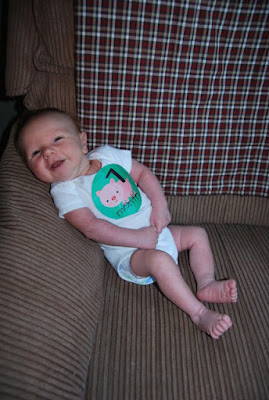 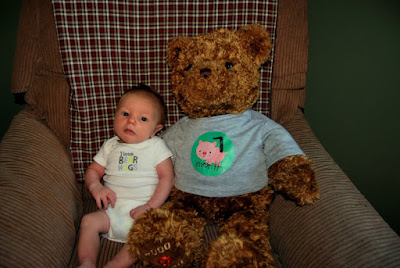 And it was CRAZY fast.
Unplanned med-free birth story to come... as soon as I get some sleep. 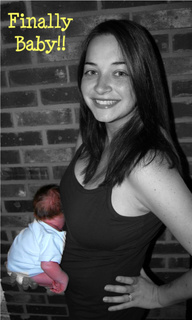